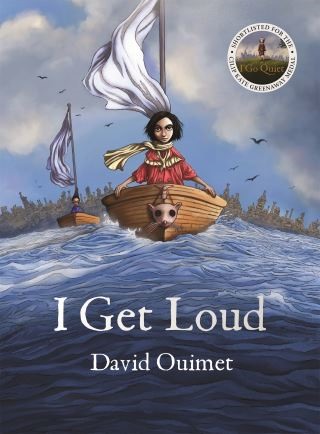 I Get Loud, the follow-up to the exquisite I Go Quiet, sees the introverted heroine go out into the world as she gains confidence in her voice and makes a friend for the first time. It is a tale of the emboldening nature of the imagination, the redemptive power of friendship and why we should all embrace our own beautiful, singular weirdness.

David Ouimet: David Ouimet’s illustrations have featured on album covers and books, including Robert D. San Souci’s Dare to be Scared and Nancy Etchmendy’s Cat in Glass and other Tales of the Unnatural. He illustrated Daydreams for Night by musician John Southworth. Ouimet's work was selected for the Society of Illustrator's Annual 59 and was exhibited at the Museum of American Illustration in New York City in February 2017. His debut book, I Go Quiet, was nominated for the CILIP Kate Greenaway Medal.